Sorry for the long silence, I moved again for work. Quite close to the new town I live in I found a comics shop which sold me two absolute goodies such these:


I had them still sealed for 10+5€. Stormtroopers are very rare, the catachan girls is quite rare in europe this is why I feel very happy about the purchase! I hope to paint them soon!
Posted by the Engineer at 11:44 2 comments:

Yesterday I found this extremely rare goodie, OOP since ages. i can't wait to paint it. oh man, I can't believe how i love Sandra Garrity's stuff!
...and yes, I feel lucky!
Posted by the Engineer at 21:13 1 comment: 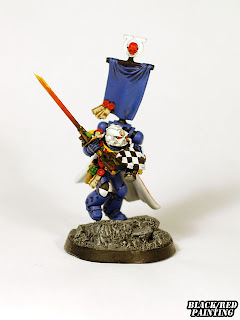 I decided to change miniature, just to add a bit more movement and this is what i got for now. The paintwork is not finished yet. Much more juicy details soon! Praise the multipart modular plastic Space Marines!
Posted by the Engineer at 17:31 2 comments: 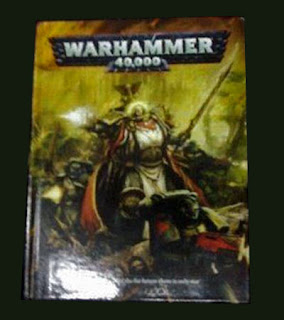 I'm not into the rumours thing that much, i'm just too busy taking care of my not-40k-related stuff, anyway i just found the new 40k cover art in the internet and i thought it could be nice to share. The guys look like Dark Angels so the rumour they would be in the new boxed set could be true... I don't particularly like them but i think their time has come so i hope that GW will give them a good set of rules they surely deserve. Anyway, too bad the picture is out-of-focus... i guess they did this on purpose. Do you see the red bolter? Hail to the red bolter! I love it sooo much!
Posted by the Engineer at 18:57 2 comments: 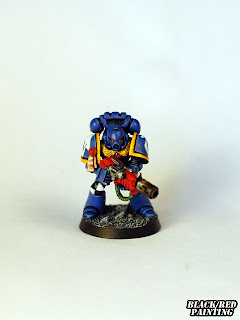 Did i ever tell you that i love early 90s Space Marines range?
I find these miniatures amazing even if they look kind of goofy and dolly somehow. Yes, i know: in a world where everyone is looking for true scale Space Marines this may sound silly. Anyway that's how it is, i consider them quite a rarity. 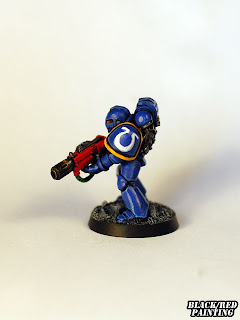 This Ultramarine has been built combining all the old stuff (metal body, plastic arms and backpack) with the 1999 slim looking metal meltagun. I was afraid that the overdeformed hands could look awkward with it but on the opposite it seems they quite fit.
Above, the Ultramarine symbol has been painted by hand. 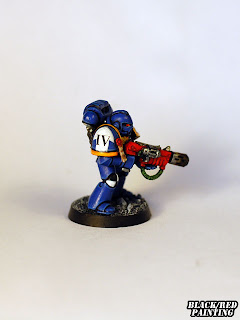 The Tactical designation has been painted by hand as well. the roman numeral is the only decal on this miniature.
The whole model has been painted the usual way, with Vallejo colours plus Citadel's Ultramarines Blue. They fit very well for my personal taste: i love the way 'Eavy Metal studio painted space marines in the 90s and i'm painting every miniature this way. I don't like that much the new Citadel's paint ranges.

Do you like it? Suggestions?
Posted by the Engineer at 12:40 2 comments: 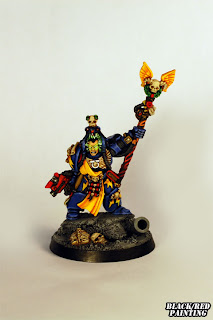 Still WIP but i simply couldn't resist to post this awesome old school miniature! I hope to make this my very best masterpiece! 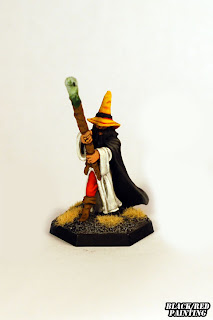 Sorry for the long wait friends! I hope to be more productive!
I bought this miniature when I was living in Edinburgh. I consider it rare because we can't find anything by Ral Partha here in Italy and I'm sure it is out of production which is in my opinion quite a pity: there are few old school looking fantasy miniatures around these days.
Anyway, I painted it in order to represent in Dungeons & Dragons the usual evil or chaotic wizard you always encounter in towns at night coming back from a long quest:you and the party have no more enchantments nor potions and there comes this guy with his own mob of monsters/thugs screwing up things and maybe even killing someone. 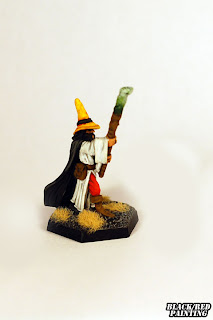 To be honest i'm not satisfied at all with the colour scheme. The main problem is the hat, looks too orange to me while i wanted to paint it yellow with just a bit of depth. I guess I should have not used two layers of orange as background. Well, I will re-paint the hat in some time. Suggestions?
Posted by the Engineer at 21:07 1 comment: 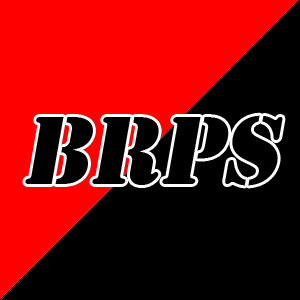 Just a quick word about this: there's no other way to thank you guys, I love you all for the appreciation and the support you gave me since the founding of Black/Red painting studio!

I swear I'm going to post lots of stuff just to deserve your trust!
thanks again!
Posted by the Engineer at 11:42 No comments: 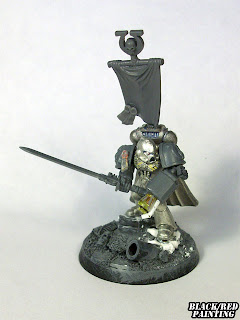 I'm afraid many will turn up their noses, anyway...
In the fifth edition Space Marines codex there are some options to make quite competitive army lists: I found that Vulkan of the Salamanders is the most funny and suitable to my way of playing so, since there are no restrictions about the use of special characters in other chapters different from their own, I chose to make Vulkan join my Ultramarines army.
I don't like at all the GW miniature of this Salamanders' hero and even if I liked it I wouldn't buy it because I didn't want to use a Salamander with my Ultramarines, even if it is possible to do that.
So I chose to make a conversion. His name is captain Cassius, my historic Ultramarine commander.
I started from an old metal Space Marine body (precisely mark 7 armour 6, from 1990 range) and then i added stuff in order to reflect Vulkan wargear. After all I like to stick to WYSIWYG rule. I think that this body has lots of personality, seemslike he's looking for enemies to slain.
The Spear of Vulkan, which is a master crafted Relic Blade, became a two handed sword taken from Grey Knights bits. GK weapons are amazing stuff, before them there were no two handed weapons for Space Marines, except some previously released metal stuff.
Gauntlet of the Forge is sort of heavy flamer built in an armour gauntlet so I converted it starting from GK forearm storm bolter. Quite easy.
Kesare's Mantle has been represented with the old Space Marine commander metal cloak. This is going to be painted in some fancy way.
Artificier armour is yet to be represented (as well as Digital Weapons). I'm thinking about some milliput sculpts.

I added some detail in order to show his "veteran" status like a Crux Terminator and some Purity Seals. I also used Space Marine captain sculpted shoulder pads and a Ultramarines banner icon.

What do you think? If you have any suggestion please let me know!

UPDATE: I just saw GW miniature. In comparison mine looks silly! I've got to load my version with more detail so I hope to post it back soon! 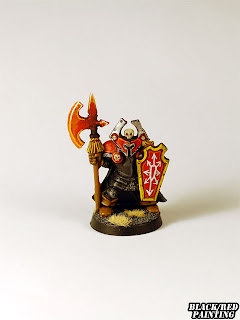 I posted this miniature in november 2009, but the halberd sucked so, some time ago I re-painted it. now it's much better! I attempted to do some blending on the blade and I'm quite satisfied about it! I also added some burnt grass on the base (it gives a great "wasteland" taste to the miniature) and took a better picture!
Anyway, more to come!
Posted by the Engineer at 18:09 No comments: