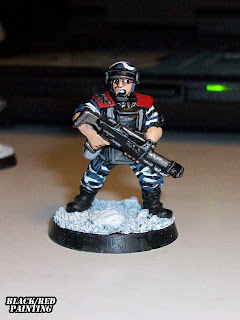 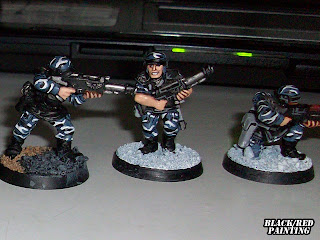 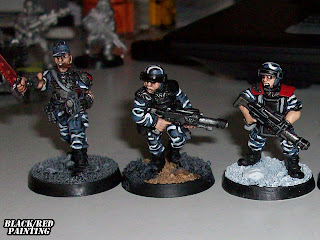 a bunch of years ago i painted a squad of classic cadians (but never finished) with the old urban camo scheme shown in the book Cityfight (3rd edition), led by colonel Schaeffer, that now hasn't any special rules. i want to create with them (i've got 10) a pair of veteran squads mixed with some valhallans, in order to get an informal mix of uniforms that emphasizes pretty well their veteran status. obviously they will be painted il a camo scheme to represent the camo cloaks similar to the one applied to my tanks so they will be somehow coherent with the rest of the army. the only thing i wanna read from you is: "ok man, you should strip that paint away" because it's kinda hard decision to take :-)
Posted by the Engineer at 18:17