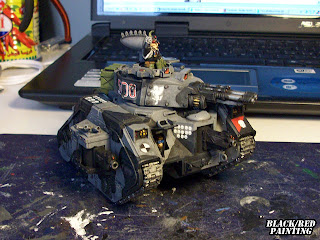 finally i made it! when GW put out Apocalypse i had the idea to build and paint a whole tank company, wondering about how the command tank should look. well, i guess it must look as this!
this Exterminator is led by Knight Commander Zhukov (Pask) so it is full of kill and honour markings, a scroll, commander heraldry, custom weapons and many extra fuel tanks. in addition to this i painted it with a custom camo scheme with a different pattern (check out Leman Russ 511 to see how different) in order to make it look like coming from an older batch of production, but, of course, i used the same colours. 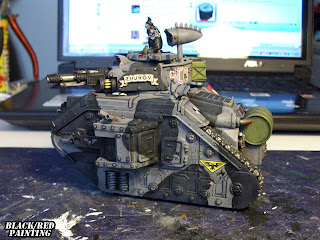 in the lower right part there's a yellow aquila marking from an old transfer sheet: it is meant like an honour badge or a command designation 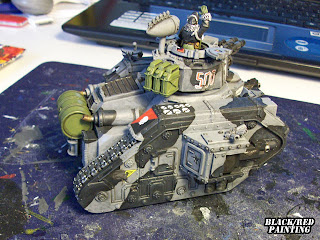 on this side i applied the same badge painting it half spoiled... decades of war aren't bodywork friendly. 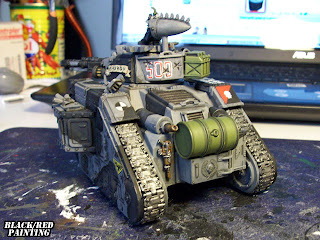 i put an extra lasgun on the back... you never know what's gonna happen when you are bailed out of the tank.
so? do you like it?
Posted by the Engineer at 15:09