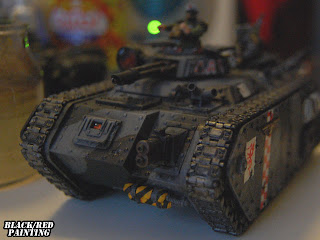 so, the famous stretched Chimera is finally done!
it took me a lot of time to model ad decide how it should look (also because of my laziness) but now it's over. 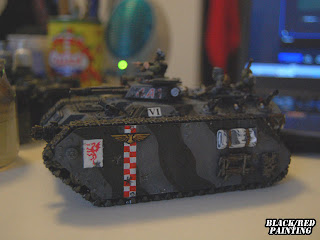 the camo scheme is the usual one: classic stripes with urban colours. the checker pattern is the designation of command tank (sometimes the company command squad rides this tank, depending on the mission), painted just to make it easier to distinguish (for the opponent) where the squad with different equipment is. the red dragon badge, on the left, indicates the squadron (platoon A). the roman numeral VI indicates the company. 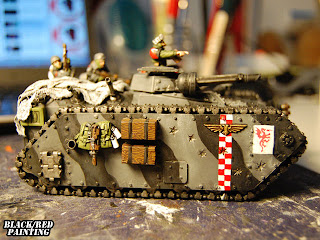 the same on this side. check out the wooden boxes! il like them a lot! on the top i modeled a camo net with some bandage kept hard with PVA glue. 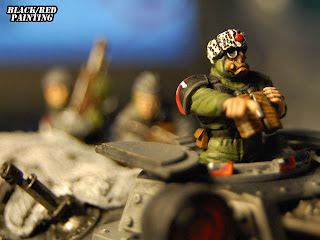 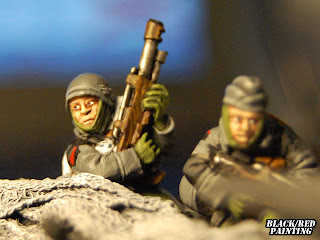 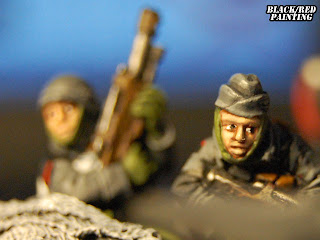 which chimera do you like more?
Posted by the Engineer at 10:50